Netflix doubles down on true crime with Gibney

Streaming giant Netflix’s successes in the true crime genre have led to the commission of two new doc series, including one from Oscar-winning filmmaker Alex Gibney (pictured). 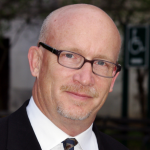 The shows – Gibney’s Dirty Money, and Rotten, which is from Zero Point Zero Productions (Anthony Bourdain Parts Unknown) – are the latest in a series of unscripted crime originals for the SVOD service.

Netflix first had an unexpected watercooler hit in the shape of Making a Murderer in 2015, and has followed that up with acclaimed true crime originals such as The Keepers.

HARD NOx comes from Gibney himself and looks at shocking details linking governments and the automotive industry to an “unholy alliance” that put “tens of thousands of lives at risk – all for the sale of a US$500 part”.

Erin Lee Carr’s Drug Short looks at how ‘Big Pharma’ “gouges patients in need of life-saving drugs”, while Cartel Bank is from Kristi Jacobson and looks at how HSBC bank laundered millions of for the Mexican drug cartels and asks if executives are ‘too big to jail’.

The Maple Syrup Heist, meanwhile, is from Brian McGinn and follows the trail of a case of a missing C$20 million in maple syrup that tracks back to a battle between cartels and the regular people.

Eps include Lawyers, Guns and Honey, which follows a food fraud investigation known as ‘Honeygate’; and The Peanut Problem, which looks at why there has been a surge in the number of people suffering from allergies in the past 20 years.

Garlic Breath looks into a controversial commerce relationship between the US and China over America’s garlic production industry and Big Bird looks at the chicken-farming industry, from birds to magnates.