Netflix and other web giants have lashed out after US legislators voted to repeal net neutrality laws in the US, in a move that was welcomed by internet service providers (ISPs). 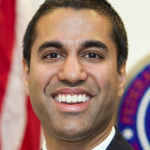 The Federal Communications Commission (FCC) voted three to two in favour of rolling back rules that were introduced during the Obama administration, with the three Republican commissioners voting in favour of the motion and the two Democrats against.

Following the decision, the FCC claimed that the vote would restore “the longstanding, bipartisan light-touch regulatory framework that has fostered rapid internet growth, openness and freedom for nearly 20 years”.

However, the move dismantles rules that were introduced in 2015 to stop internet service providers (ISPs) from blocking or throttling websitesservices or introducing paid prioritisation of the web.

In a statement posted on Twitter, Netflix said that it was “disappointed in the decision to gut net neutrality protections that ushered in an unprecedented era of innovation, creativity and civic engagement.”

Netflix said this is the start of a “longer legal battle” and that is “stands with innovators large and small to oppose this misguided FCC order”.

The Internet Association – a trade organisation that represents global web companies including Amazon, Google and Facebook – also denounced the FCC’s decision and said it is currently weighing its legal options, claiming “the fight isn’t over”.

“Today’s vote represents a departure from more than a decade of broad, bipartisan consensus on the rules governing the internet. Relying on ISPs to live up to their own ‘promises’ is not net neutrality and is bad for consumers.”

Offering the opposing view, internet and television association, the NCTA – which represents ISPs like Comcast, Charter and Cox Communications, as well as entertainment giants like Viacom, Turner, Scripps and Discovery – welcomed the FCC’s decision.

“Today’s FCC action rightly restores the light-touch approach to government regulation of the internet that has fostered the development of a vibrant, open and innovative platform,” said Michael Powell, president and CEO of the NCTA.

“For decades, America’s internet service providers have delivered an open internet – allowing consumers to enjoy the lawful internet content and applications of their choosing. Nothing in this decision alters that commitment – ISPs have stated repeatedly that they do not and will not block, throttle or unfairly discriminate in how internet traffic is delivered.”

In his statement on ‘restoring internet freedom’, FCC chairman and net neutrality critic Ajit Pai said that by reclassifying broadband from a Title II to a “light touch” Title I service the FCC was “helping consumers and promoting competition”.

The reclassification under the Communications Act restores broadband to an ‘information service’ instead of counting ISPs as utility-style ‘common carriers’.

“Broadband providers will have stronger incentives to build networks, especially in unserved areas, and to upgrade networks to gigabit speeds and5G,” said Pai. “This means there will be more competition among broadband providers.”

Mignon Clyburn, one of the two dissenting FCC commissioners, said that she was “among the millions outraged” by the FCC’s decision to abdicate responsibility over protecting US broadband customers.

“The public can plainly see, that a soon-to-be-toothless FCC, is handing the keys to the internet – the internet, one of the most remarkable, empowering, enabling inventions of our lifetime – over to a handful of multi-billion dollar corporations,” she said.

Previous FCC chair Tom Wheeler oversaw the introduction of the US’s net neutrality rules in 2015, which were designed to prevent practices that the FCC described as “harmful to internet openness”.