Megan Goodwin, joint managing director of digital consultancy Interactive Rights Management, argues TV companies are running scared of innovation in both production and progamme making, and wonders where the real disruptors are coming from.

It’s no secret that the TV marketplace is going through major upheaval at the moment. As Ofcom found in its Communications Market Report 2017, 79% of UK adults are taking advantage of catch-up services to get their TV fix, predictably resulting in media headlines along the lines of ‘Box-set Britain’. 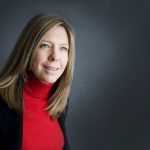 Consumer’s viewing habits have seen a seismic shift to ‘Over The Top’ or OTT services delivered over the internet and via mobile services, sending shock waves through traditional broadcast, satellite and cable TV companies and the production houses that they rely on for content.

The traditional business model of TV is dying. Streaming is not the future but the reality.

An even greater challenge to traditional TV companies, however, is the way technology means just about anyone can create content and become a ‘programme maker’.

The broadcasting and production industry has responded to this – but their solutions show just how little they understand the challenge they face. On a corporate level, we’ve seen big players coming together in the joint venture that is Hulu, and NBCUniversal taking a stake in Snap Inc. They are desperately trying to hold on to familiar business models, when the truth is they need to change everything, including how they create and license content.

In the past few years it seems that TV companies have become paralysed, scared of innovation. This is both bizarre and incredibly frustrating when it is their role to be creative pioneers.

For example, we’ve been pitching a new disruptive TV format idea we created about 12 months ago. Every TV company we’ve spoken to says they love the idea – then they immediately suggest changing the very element that makes it fresh, exciting and innovative: its rawness. They all want to make it more staged, more controlled and, frankly, more contrived… but why?

The problem is that when it comes to content, on a creative level, little has really changed. The content type has pretty much stayed the same. Given that pretty much everything has changed in the TV space – including the device itself – where’s the TV content equivalent of Uber to re-invent the industry?

We can now watch anything, on anything, anytime, anywhere, so it’s the perfect time to innovate – but where’s the innovation? Where’s the disruption? Yes, companies like Netflix have pushed some boundaries in terms of originally produced content… but there isn’t actually anything that disruptive about the content itself.

Remember the biggest complaint about satellite and cable TV, when it ‘revolutionised’ traditional broadcast TV in the 1980s and 1990s? Five hundred channels channels – and nothing worth watching.

The challenge going forward is how producers can make better, more cutting-edge content that pushes the boundaries, aids discovery and appeals to today’s audience – while being paid properly for it.

Given that pretty much everything has changed in the TV space – including the device itself – where’s the TV content equivalent of Uber?

It’s time to shift the starting point of how and why TV shows are made. The technology is out there to make TV a richer, more immersive, searchable and sharable experience, borrowing and developing ideas from social media and the video games industry to produce something altogether more interactive, enthralling and engaging. Programme makers need to provide increasingly more compelling reasons to watch their shows.

Consumers are now used to buying bundles including broadband, TV, fixed line telephony and even mobile from one supplier, or subscribing on a monthly basis for content, from the likes of Netflix or Amazon Prime. However, they are also getting more used to micro-payments, driven by their experience of in-game purchases in popular mobile franchises, or paying for individual films and TV programmes online.

I know I would be happy to pay per episode for a TV show I liked – so long as it was good quality, easy to find and I could watch as much of it as I wanted to, when I wanted to.

TV companies need to pull their heads out of the sand and develop content that draws together current and future media and technology trends if they are going to have any chance of remaining relevant. And they need to do it quickly.