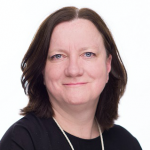 Creative director Emma Willis (pictured) has been promoted to managing director to replace Tim Carter, who is moving to become MD of ITV Studios-owned prodco Shiver.

Willis will now report into WBITVP head and executive VP Ronald Goes, with Canter reporting into the new MD. Both appointments are effective immediately.

“Emma is a creative executive of the highest calibre and perfectly placed to lead Twenty Twenty onto even greater heights, ably supported by Hana’s considerable business experience and expertise,” said Goes.

He added that appointing from within was the best way to safeguard “the company’s enviable reputation in the UK”.

Willis had been creative chief at Twenty Twenty since 2015, overseeing shows such as BBC Two’s The Refugee Camp and the upcoming A House Through Time.

Before that, she was head of documentary commissioning at UK pubcaster the BBC, where she ordered programmes such as The Great British Bake Off and The Secret History of Our Streets. She has also worked at Yorkshire Television.

Canter has overseen all Twenty Twenty production output, including Channel 4 dating series First Dates, since joining in 2011. She was also key to managing the company’s transition to a fully owned Warner Bros. company.

She has also worked for Canada-based Cineflix Media as its sole production exec in London and worked at Endemol on shows such as Snog Marry Avoid and Pointless.

Carter, meanwhile, will soon move to Shiver now his replacement has been named.