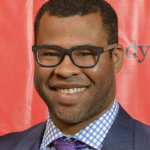 CBS is reworking classic sci-fi anthology The Twilight Zone for its SVOD service, a move that comes as the US broadcaster separately axes a number of jobs.

The original Twilight Zone ran on CBS between 1959 and 1964, and is considered a seminal early science fiction drama series. It was revived in the 1980s on CBS and later on UPN between 2002 and 2003.

“Too many times this year it’s felt we were living in a twilight zone, and I can’t think of a better moment to reintroduce it to modern audience,” said Peele, who is executive producing alongside Kinberg, Marco Ramirez, Win Rosenfeld and Audrey Chon.

The series will play in the US on SVOD service CBS All Access, which scored a critical and financial hit this year with another sci-fi, Star Trek: Discovery.

“The original Twilight Zone bridged science-fiction, horror and fantasy together to explore human nature and provide social commentary in a way that audiences had never seen before,” said Julie McNamara, executive VP of original content at CBS All Access.

“Under the auspices of Jordan Peele, Simon Kinberg and Marco Ramirez, and with the creative freedom that the CBS All Access platform affords, this is an incredible opportunity to bring today’s audiences a modern reimagining of this iconic series.”

In related news, US reports suggest CBS is cutting around 50 jobs, most from its broadcast network and syndication units.

CBS declined to comment on the reports, which suggest the restructure is far less drastic than ABC and ESPN cuts earlier this year.