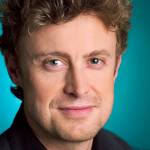 Based out of LA, Hesling will oversee development and production of new shows for the US market, while attempting to sell formats from Maverick’s UK HQ to stateside broadcasters and platforms.

Maverick’s US arm has been without a president since the exit of Adam Greener.

Hesling will report to Maverick CEO Simon Knight and All3 America chief executive Greg Lipstone, who said: “John’s proven mix of domestic and international experience in both cable and broadcast make him the perfect person to continue Maverick’s success and expansion in the US market.”

Maverick’s US programmes include USA Networks’ Chrisley Knows Best and spin-off According to Chrisley. In the UK, it produces Channel 4’s Escape and Tried and Tested, but is best known for shows such as 10 Years Younger, How to Look Good Naked and Embarrassing Bodies.

At Warner Bros., Hesling worked at Shed Media, which remains with that brand name in the US. The original, UK-based Shed became Warner Bros. Television Production UK in 2014.

He executive-produced NBC’s remake of First Dates and the upcoming Genius Junior and TLC’s version of Long Lost Family. He is also credited with bringing Top Gear to the US.

Prior to Warner, Hesling spent 14 years with the BBC in the UK and US, and executive produced the first two seasons of BBC Two’s Dragons’ Den.