Britain-based children’s entertainment firm Coolabi Group is on the acquisitions hunt after securing £11 million (US$14.7 million) in new funding. 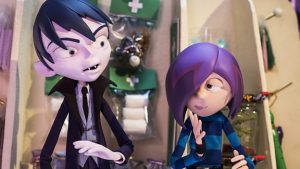 The firm, which counts Clangers, Bagpuss, Poppy Cat and Scream Street among its IP brands, received the cash injection from Santander Corporate & Commercial, a division of high street bank Santander.

The funds will go towards refinanacing existing debt and a “long term growth strategy”, which includes investments in the current portfolio and “strategic acquisitions”.

Digital apps and original content for production are on the radars of Coolabi executives.

CFO and COO Tim Ricketts said the investment would “enable Coolabi to continue building and investing in high-quality TV productions, books and digital content for family entertainment and help us catalyse our growth strategy”.

Coolabi currently has rights to more than 20 TV shows, which air on networks such as CBBC, Cbeebies, Disney, Nickelodeon and Netflix.

Coolabi currently counts UK-based media entertainment equity business Edge as its key investor, following an agreement back in 2011. That saw Edge subsidiary North Promotions close a deal worth nearly US$7 million for the business.

“This refinancing will help Coolabi make significant investments in original content and position the company for an even more successful future, helping to cement the UK’s reputation as a global leader in the creative industries,” said Coolabi chairman and Edge CEO David Glick.

Some will also see the investment as a nod to the creative reputation in kids content of the UK, whose entertainment industry is in a state of flux as companies wrestle with the impact of Brexit.

Santander relationship director Paul Baker did not reference the UK’s exit from the European Union, but said the bank was “delighted” to support Coolabi’s “long-term expansion plans”.

“Coolabi has grown into an influential player in the UK and global children’s entertainment sector due to a commitment to strong, high-quality content and a focus on multi-media engagement,” he added.

Glick, meanwhile, has been upping his investments in UK media by launching a £10 million production investment fund, taking a stake in unscripted prodco Antidote Productions, and buying into London-based digital distribution service TRX.