Channel 4 goes Inside the EU with doc series

Channel 4 (C4) has commissioned a series from October Films that follows a group of British MEPs in their journey through Brexit. 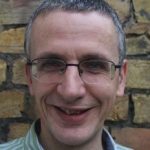 Inside the EU (working title) is a 3×60 minute series that has access to the European Parliament and charts the highs and lows of some of the UK’s most misunderstood public servants.

The series is produced and directed by Christian Trumble and executive produced by Jane Merkin and Denman Rooke from October Films. It is a coproduction between October Films and Trumble.

Nick Mirsky (pictured), C4’s head of documentaries, commissioned the series for the channel.

Merkin said: “Inside the EU reveals a group of “Eurocrats” far from the grey, faceless automatons painted in the tabloid press. Instead, as seen in the series, they are a colourful, passionate bunch of characters who wear their hearts on their sleeve, fighting tirelessly for what they believe in, despite the fact that in 18 months, the UK will stop being part of the EU.”

Mirsky added: “Covering the first nine months of tantrums and turmoil in the Brexit negotiations and with every major political party filmed, Inside the EU provides a unique and colourful insight into these historic times.”