UK-based production and distribution firm Tinopolis Group has created a COO position for its British factual producers, and handed it to a key company executive. 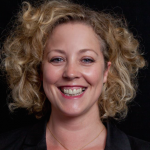 Naomi Carter (pictured) has been named in the role, having previously been group director of production at the company, which houses prodcos such as Mentorn Media and A. Smith & Co.

The experienced executive’s career has seen her work on early reality series Survivor, run production for Big Breakfast prodco Planet 24, and work at Endemol UK, before moving to Mentorn in 2009 and later becoming Tinopolis’ production chief.

The news comes just over a month after Tinopolis’ management bought back full control of the business from private equity investor Vitruvian.

Carter will work closely with senior execs from Tinopolis’ UK arm – Mentorn Media, Firecracker, Thunderclap and Pioneer – to “ensure strategic and operational alignment across the group”.

Tinopolis expects this to help each prodco better exploit opportunities at home and internationally.

Carter will also support the day-to-day running of Tinopolis, looking into general office management, post production and IT support.

She will report to group CEO Arwel Rees, who said Carter had “a fantastic track record in supporting our creative teams to deliver shows that look amazing on screen to often tight budgets and deadlines”.

“Our business has grown significantly over the past years, so we want to take an even more strategic approach across our factual portfolio to ensure all our processes are aligned and we continue to build on our reputation for best practice,” he added.