Show of the week: All Together Now 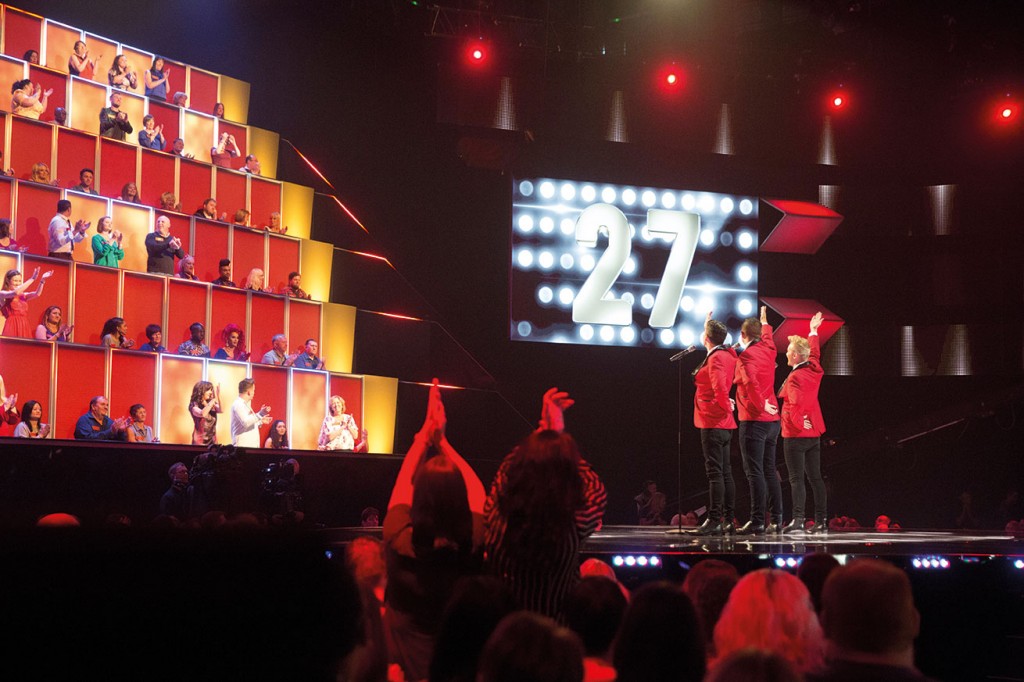 All Together Now is the latest BBC Saturday night talent format, with the USP being it brings together the urgency and storytelling of singing competitions such as The Voice and the spectacle and collaboration of choral shows such as The Choir.

“The starting point for development was identifying that there’s something in the air around singing together at the moment,” says James Fox, joint managing director at producer Remarkable Television.

“Whether you’re at a stadium gig, a football match or even in your car, it’s a great moment and something inherently feel-good when people sing together.”

The format sees musical acts – soloists, duos and groups – performing songs on stage in front of ‘The 100’ – a crowd of opinionated and talented singers and performers from various backgrounds who show their approval by hitting a button and joining in the routine.

A number of acts appear in each of the first five episodes, with the winner being the one that gets the most people standing. The second and third placed finishers then sing off for a final spot, with ten ultimately progressing to the final in order to win a trophy and a cash prize. “It’s a singing competition for the types of people who don’t want to win The X Factor, but love performing in front of a big crowd,” says Fox.

Remarkable has shot a pilot and has comedian Rob Beckett attached to the UK show. Format distributor Endemol Shine is cutting a sizzle, and Fox headed to Cannes in October to meet with other producers and buyers to discuss the finer format points ahead of potential deals.

The show: All Together Now
The producer: Remarkable Television
The channel: BBC One (UK)
The distributor: Endemol Shine Group
The concept: Artists attempt to get critical audiences to join in with their performances