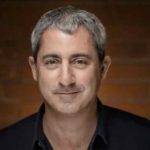 Curwin joins the board as an external independent expert, where he will help to supervise the operation, review the performance of the Fund and make recommendations to the C4 Corporation Board for investments and exits.

He will work alongside Lorraine Heggessey, director at Pivigo, and C4’s executive team, and will additionally creatively mentor Fund investees with Heggessey.

Curwin will use his experience as someone that has launched, grown and sold two production companies: Firefly and The Garden.

The £20 million (US$27m) Fund was launched in 2014 to provide additional support to the UK independent creative sector, outside the regular commissioning cycle, by providing access to funding for start-ups and SMEs based in the UK to help them to grow and develop their business to the next level.

In almost three years the Fund has taken minority stakes in 13 UK businesses and this year has exited two of these investments.

“His insight will be invaluable to the team as we continue to help grow our invested companies and seek new investment opportunities.”