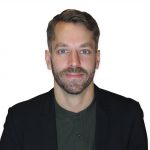 Connect3 will focus on coproductions for the North American and international markets.

Pablo Salzman will lead the business as president, with Cineflix a joint venture partner.

The exec, who’s been with Cineflix since 2009, will focus on working with independent producers, writers and showrunners, connecting their projects with rights platforms and broadcasters.

The younger Salzman was previously VP of commercial affairs at Cineflix, working with creators, broadcasters and OTT platforms. He has working knowledge of Canadian funding sources, and has developed strategies for revenue streams such as licensing, merchandising and companion apps.

More recently, he created and implemented a Cineflix international development initiative for content from Quebec.

“Connect3 responds to the needs of a changing market. Our mission is to build a community of creative partners to develop and deliver first-class content,” he said.

“Connect3 already has a strong development slate including scripted and factual projects, and we’ll be announcing more details in the coming months.”

An initial focus will be continuing to oversee the Quebec initiative, which promotes adaptation of French-language scripted series and formats for the international English-language content market.

Salzman Snr. co-founded Cineflix and has built it into Canadian TV business, with production and international distribution capabilities.