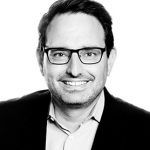 His departure comes after 15 years, having joined predecessor business Endemol USA in 2002.

“The timing was right for me to move on,” said Smith. “Fifteen years is a long time, and I’ve been approached with some intriguing new opportunities.

“It was a hard decision, but something I’ve been thinking about for a while. We’ve been lucky enough to have a tremendous run of success.”

Most recently, Smith worked on the deal to reboot Fear Factor for US cable channel MTV. The show was taken to a second season after strong ratings and social media take-up.

Further back, he oversaw development and production of US shows such as Deal or No Deal, Extreme Makeover: Home Edition and Wipeout.

“Rob has helped launch and oversee production on some of the most popular unscripted shows of the last decade,” said ESNA CEO Cris Abrego.

“It has been a real pleasure working with him and I’ll certainly miss his creativity and work ethic. I understand his desire to pursue new challenges and wish him all the best.”

Before joining Endemol USA, Smith had worked for US producer Telepictures.

The news comes soon after the exit of Endemol Shine Studios president Sharon Hall, who left after Levy was hired as US president of unscripted and scripted programming.