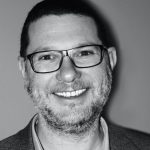 The exec spent eleven years with the UK pubcaster, working its rights and business affairs division alongside the drama commissioning and central commercial units, but will now manage Playground’s strategic growth and day-to-day operations.

The pair had met while working on BBC drama Wolf Hall, which is one of the seven-year-old Playground’s biggest hits to date.

“I first met Dan on Wolf Hall and was immediately impressed by his deep understanding of how the business and the creative imperatives of production intersect,” said Callender.

“He is a great addition to our management team and, as our production slate expands under Sophie’s leadership, Dan’s commercial and operational expertise will play a vital role in the company’s ability to take full advantage of rapidly changing television landscape.”