German movies-on-demand service Pantaflix, which has ambitions to expand globally, has struck a deal with Disney to offer films including the forthcoming Star Wars: the Last Jedi to users in Germany and Austria. 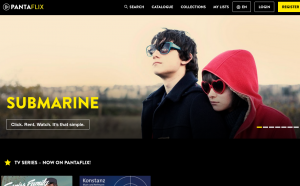 Star Wars: Return of the Jedi will be offered by Pantaflix at the same time as its DVD release. Other titles in the deal include the Pirates of the Caribbean franchise, movies from the Disney catalogue, Marvel Universe titles such as The First Avenger, Disney/Pixar titles such as Finding Dory, and Frozen.

The Disney deal is the first major studio agreement for Pantaflix. Content will be available in Germany and Austria from the first quarter of next year. The VOD outfit said that deals with other major studios and launches in other territories wouldfollow in the coming months.

“Our aim is to become the world’s leading VOD service for the film industry,” said Stefan Langefeld, COO of Pantaflix. “The agreement with Disney underscores this endeavour and is a crucial milestone on this journey.

“Not only has our business model been validated by the acquisition of a world-class partner but the cooperation is also an impressive testament to the unique Pantaflix technology and our innovative distribution and exploitation model. Further major partnerships will follow.”

The deal marks another major international VOD deal for Disney following its decision to discontinue its partnership with Netflix in the US. In August, Netflix struck a deal to launch a branded presence with Asian Netflix rival Iflix.

In the US, Disney has said it plans to launch its own SVOD offering alongside its planned ESPN-branded sports streaming service.

Pantaflix was founded by Matthias Schweighöfer, producer of Amazon’s German original You Are Wanted, who serves as CEO of the Munich-based parent company, and his business partner, producer Dan Maag.

Pantaflix was initially launched in December 2016. According to Maag, interviewed by Germany newspaper Die Welt earlier this year, producers are given control of how their content is priced  and what  is put on the platform. Pantaflix retains a 25% revenue share, with the producers taking 75%.

Maag said that the company’s ultimate goal was to create a ‘global movie database’ that would bring as many titles as possible together with access available for all. He claimed at the time that Pantaflix would be on course to have 40,000 titles available by the end of this year.