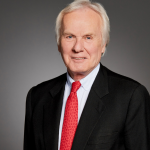 The deal, which is subject to cartel authority approval, will see Beta take a 51% stake in the Vienna-based business.

Beta owner Jan Motjo and MR founder Kurt Mrkwicka are close personal friends, and their companies coproduced the high-end 1990s series The Strauss Dynasty, which was shot in English.

“Beta Film is a logical and, most importantly, trusted partner, which allows us to continue our success in the German-language market as well as stepping onto the international stage,” said MR directors Andreas Kamm and Oliver Auspitz in a statement.

“This way, we are able to boost our in-house production efforts with our writers and directors and further advance Austria’s standing as a stronghold for culture and media. We see this as of the utmost importance, especially with the shift going on with digitalisation and new ways of distribution.”

Mojto said buying MR would allow the companies to continue their production traditions together, and “to continuously create successful productions in Austria with Austrian writers, directors, and actors, not only for German-speaking territories but also for the international market”.

MR’s management in Vienna will remain unchanged following closure of the deal.

For Beta, the deal comes after it bought WDR Mediagroup out of their joint venture distributor, Autentic, and bought into Amsterdam-based vendor Lineup Industries and Tom Twyker’s prodco, X Filme, this year.