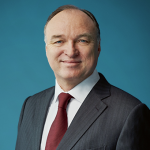 Germany’s ProsiebenSat.1 is among many large international broadcasters wrestling with the challenges of transforming into a company that’s ship-shape for a diversified digital media landscape occupied by new players such as Facebook, Apple and Google. In the past seven days, it has unveiled plans to address some of the more pressing issues.

Last week, the firm revealed plans to search for a new CEO, with current incumbent Thomas Ebeling (pictured) confirmed for an exit in 2018.

His departure comes as the business continues to wrestle with its finances, with shares down considerably in the past two years (though they have rallied in the past two weeks after they fell to a four-year low) and management believed to be considering outside investment.

Ebeling, who has been with the broadcaster for ten years, also made the gaffe of calling ProSiebenSat.1’s core audience “obese” and “slightly poor”, when describing preferences for lean back viewing compared with the “art-house” experience of SVOD services in a call with investors.

The company announced on Sunday that Ebeling is due to leave the company on February 22, 2018. ProSiebenSat.1 said that the agreement had been reached mutually between the exec and the company, and his departure had been expected since late 2016.

ProSiebenSat.1 has upped the head of external affairs, industry relations and general counsel Conrad Albert to deputy chairman of the executive board with immediate effect to ensure a smooth transition for Ebeling’s successor, who is currently undetermined.

The changes arrive as the broadcast group cut its German TV ad outlook for the fourth time this year.

However, the broadcaster remains one of the biggest in Germany, and an influential force on the worldwide market.

A ProSiebenSat.1 source says the situation remains positive. “We anticipate group revenues to grow by a mid-single digit percentage range for the full year, which means that we will again increase our revenues from last year,” they say.

Its international production and distribution group, Red Arrow Entertainment, remains a key player in the international drama and formats markets through shows such as Amazon’s Bosch and European unscripted shows Kiss Bang Love, Married at First Sight and Say Yes to the Dress. It is currently pushing property format Buying Blind.

Ebeling has apologised for his comments about the ProSiebenSat.1 audience, saying that they were taken out of context. The wider business will need to take more care about its positioning in order to future-proof against a constantly changing future for the media and entertainment business.

ITV has commissioned What Would Your Kid Do? from Cardiff based indie Boomerang, with the UK broadcaster’s distribution arm, ITV Studios Global Entertainment, acquiring international rights to the new Movistar+ drama Felix.

Banijay Rights sold two of its drama series, The Restaurant and Versailles, to Viasat World.

Religious-themed drama Broken has becomes the most binged series for Britbox, the streaming service from BBC Worldwide and ITV.

The fifth edition of The Innovative TV Conference has been set for March 12-13 in Jerusalem with a line-up including execs from Fox, Showtime, HBO and Hulu.

Shiver, the ITV Studios’ label, has been commissioned to produce Eric & Ernie’s Home Movies, a 1×60 mins programme for BBC Two.

Canada’s Boat Rocker Media has hired a new CFO, in the shape of Shannon Valliant.

Horse & Country TV has hired a new head of distribution, Susan Elkington, who has worked at BBC Worldwide and Liberty Global.

China’s Alibaba Group-owned iQiyi has acquired VOD rights to Millimages kids series Molang as part of a wider merchandising agreement in the territory.

Finland’s Rabbit Films‘ format Over the Atlantic, which debuted to good ratings on Discovery Networks Finland, is headed to France, the Netherlands and Scandinavia, with an unnamed commercial broadcaster ordering a series in Sweden and Norway.