Research by Creative Skillset (CS), the industry skills body for the screen-based creative industries in the UK, shows that the boom in quality television caused by FAANG (Facebook, Amazon, Apple, Netflix and Google) may lead to a production talent shortage. 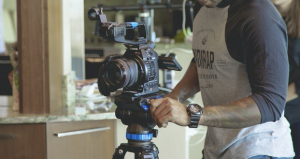 While the UK production sector is enjoying a boom, driven by recent SVOD demand and increased high-end drama commissions from broadcasters, future growth is unsustainable without increased investment in skills and training across production departments, according to CS.

The influence of the FAANG companies is becoming increasingly pronounced with Facebook and Apple now orderering original content, and Amazon, Netflix and Google-owned YouTube spending more money than ever on high-end production in the UK and other international territories.

A qualitative study of 75 senior producers has revealed that there are already signs of a shortage in talent and skills across the UK, with some respondents saying infrastructure and crew levels in London are becoming unsustainable, while the nations and regions elsewhere in territory are facing a lack of available talent.

CS says some reasons for this include the following:

Seetha Kumar, CEO of Creative Skillset said: “The increase in commissioning of High End Television content from UK producers, and in particular by newer players such as Netflix and Amazon, has provided a welcome boost to the industry and demonstrated that we are world leaders in creating and delivering ambitious, much loved programming that resonates globally.

“Creative Skillset’s research confirms what our experience over the last few years has shown – that if we want to maintain and grow our international competitiveness we need to further step up our work together as an industry to urgently address the skills and talent shortages and knock on effects, that this boom is causing and the lack of inclusivity that as a sector we need to tackle.”