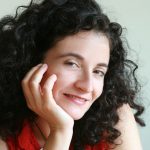 Endemol Shine Group CEO Sophie Turner Laing said in a note to staff the changes would see the business now focused on regional productions from various hubs around Asia.

With Paraskakis leaving in mid-2018 after a transition period, Endemol Shine’s CEO of international operations, Nicole Bamford, will oversee all business across Asia as part of her wider duties.

Bamford took on responsibility for India after the exit of Deepak Dhar last month.

Production out of Singapore will cease, with resources there mainly going on a format sales team, which Turner Laing described as “the clear market leader over the past five years”.

Central group operations will support that team and another in Mumbai, both of which now report into Endemol Shine International CEO Cathy Payne.

“On the production side, we will continue to focus our strategy in line with the shifting regional and global marketplace, including greater use of shared hubs for international formats, given these allow us to deliver world class production value within budgets scaled to fit different sized markets,” said Turner Laing.

She added Paraskakis had “played a central role in growing our business in Asia” since her appointment in 2013. “She will be departing with our deepest gratitude for her invaluable contribution,” said Turner Laing.

Paraskakis had joined ESA predecessor Endemol from FremantleMedia Asia, where she had been director of content.