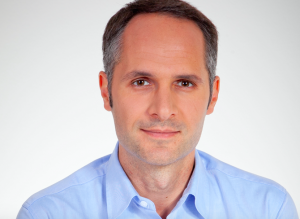 Germany’s ZDF Enterprises (ZDFE) is working with LA’s Rosa Entertainment to package an “envelope-pushing” drama from Jason and Chris Thornton.

The commercial arm of German pubcaster ZDF has pre-bought The Incorruptibles, and will handle international distribution.

Rosa’s Sidney Sherman is executive producer, alongside ZDFE’s Robert Franke and the Thornton brothers, who are both writer/directors.

The partners are keeping the storyline under wraps, but it is known to be an English-language drama billed as a “high concept, violent action-thriller with satirical black comedy elements”.

“Our project The Incorruptibles is an important cornerstone of our new collaboration strategy with US producers,” said ZDFE VP of ZDFE.drama Franke.

“It will help ZDF Enterprises to further diversify its catalogue of high quality drama series by adding a new program color in the much underserved segment of high concept action series.”

ZDFE, which earlier this year bought into UK producer World Media Rights, will see its president and CEO, Alexander Coridass, exit at the end of the year after 25 years with the business.