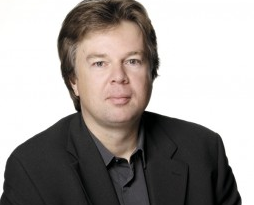 A trio of producers from Belgium has partnered to launch an Amsterdam-based prodco, with a co-founder of Eyeworks Group to lead the business.

The creative teams of each of the Belgian business will support Fabiola, which already has a commission. Groeten Uit 19xx (Greetings from 19xx), which is from Lecter, will debut on Dutch network RTL4 early next year.

Fabiola will develop such shows for the Dutch, and produce Belgian formats from Woestijnvis, Lecter Media and De Mensen in the Netherlands.

DeMensen is known in the international market as a drama and formats producer, and as a backer of distributor The New Flemish Primitives.

The trio sold Celebrity Splash producer Eyeworks was sold to Warner Bros. International Television in 2014, and exited as a result. They remain associated with 3 Ball Entertainment, which was formerly Eyeworks USA and not part of the Warner deal.

“For many years, Belgium has had a very creative television market that is clearly different than in other European countries,” said van den Bogaard, Fabiola’s chief.

“That we are now able to join forces with the two most creative and largest production houses in Belgium, Woestijnvis and DeMensen, a year after the founding of Lecter Media, is unique. It also shows how much respect these Flemish producers have for each other.

“Pieter van Eekelen and I have done a lot of creative export at Eyeworks internationally. We are looking forward to working with the Woestijnvis, Lecter Media and De Mensen teams in the Netherlands. [It is] a favorable situation for all parties, in Belgium and the Netherlands.”