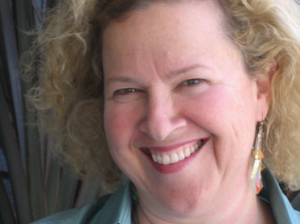 Effective immediately, former Entertainment One exec Stein will work closely with outside producers as well as producers under the Kew Media umbrella to build a high-end slate of scripted television series. She will be based in LA.

Stein has worked in entertainment for over 20 years including in feature film, television development and production. Most recently, she served as executive vice president of global productions at eOne Television, but exited in May after five years with the business.

Throughout her time at eOne, she created partnerships with global producers, and packaged and oversaw international coproductions including Ransom, Welcome to Sweden, Gap Year and The Book of Negroes.

Prior to eOne, Stein launched the global division of 3 Arts Entertainment, managing production companies and showrunners worldwide. She also worked for Alchemy Television and agency ICM.

“We are thrilled to have Carrie on board as we build our scripted business,” said Greg Phillips, president of distribution for Kew.

“Her ability to navigate the North American and European markets, both creatively and commercially, combined with her long-standing relationships with producers around the globe, make her the ideal executive for the job.”

Stein said: “There’s never been more opportunity to work with both seasoned talent and new voices to bring distinct stories to the small screen.

“With the financial backing of Kew’s recent IPO, we are poised to become one of the go-to companies for high-end, ambitious, international drama.”