Fullscreen to shut down SVOD service 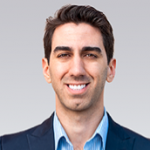 Fullscreen Media is due to shut down its Fullscreen subscription video-on-demand service in January 2018.

In an email to staff, Fullscreen founder and CEO George Strompolos said that despite its momentum the company had made the difficult decision to close its SVOD service in order to prioritise spending elsewhere.

“We came to the conclusion that funding SVOD  –  a longer-term investment  –  was limiting our ability to invest in our dynamic creator, brand, and Rooster Teeth divisions that have more established scale and immediate impact,” said Strompolos.

“Going forward, we will double-down on our mission to empower creators and bring brands closer to fans. The award-winning product experience and technology we’ve developed over the past two years will be valuable as we build new brands and content offerings in the future.”

“We will continue to identify and invest in talented creators and make ambitious bets to push the space forward. It’s in our DNA. I will share more details about our evolving strategy at the December all-hands meeting.”

Otter Media, a joint venture of The Chernin Group and US telco AT&T, agreed to buy multichannel network Fullscreen for an undisclosed amount back in September 2014.

Fullscreen acquired digital studio and content creator Rooster Teeth later in 2014 and at MIPCOM in October 2015 Strompolos announced that the company planned to build a subscription VOD offering to complement its ad-funded content.