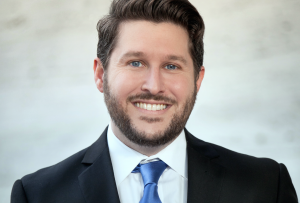 Cane will report to founder and executive producer Colby Gaines at the US production company.

He is set the task of creating and developing original formats targeted at cable, and will oversee a staff of six development staff.

Cane most recently served as VP of development for BBC Worldwide Productions, where he developed Living with the Enemy for Lifetime as well as projects for Discovery, TLC, VH1, MTV, A&E and Red Bull.

Prior, he spent five years at FremantleMedia North America, serving as VP of development and managing development for formats such as Married to Medicine (Bravo) and Quit Your Day Job (Oxygen) as well as game shows like Perfect Score (CW) and Idiotest (GSN).

“Jonathan is a seasoned developer and format creator who has earned the trust and respect of buyers for nearly two decades,” said Gaines. “Having a talented salesman with a track record like his at our helm is key as we continue to prioritise cable formats.”

Cane said: “Colby and his team are some of the best content creators and hardest working producers in the business.”