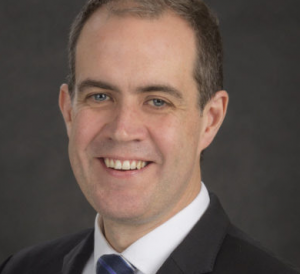 Australian pubcaster the ABC has restructured, with David Anderson (pictured) taking control of a new entertainment and specialist unit that covers both TV and radio.

Anderson, who replaced Richard Finlayson as director of television in a previous rejig earlier this year, will lead one of three verticals that all handle all content from the public broadcaster.

The ABC claims the changes, which come in effect early next year, are reflective of audience behaviour. In effect, they remove the barriers between TV and radio for the first time in the ABC’s history.

“Australian audiences are responding by embracing new formats, devices and platforms and increasingly demanding control of their viewing and listening schedules.”

The new structure will see ABC producers and content makers organised into teams of subject matters specialists that create content across all platforms, devices and formats.

Guthrie, whose commercial background and leadership style at the ABC have attracted criticism, claimed the changes “give our people the freedom to grasp the opportunities that await”.

According to the Guardian Australia, she told staff internally the moves did not equate to a “dumbing down”.

The structure follows an announcement of a strategy shift back in March that would come at the cost of up to 200 roles and a reduction in management numbers.

She could not rule out further cuts in her note to staff, the Guardian reported.

“In a time of unprecedented disruption, the ABC’s role is more important than ever,” said Guthrie in a statement. “It means there is a heavy onus on us to ensure we make the right decisions to maintain relevance and value.”

Most of the ABC’s top execs have left this year, with Finlayson the first to resign, followed by COO David Pendleton, arts and unscripted chief Mandy Chang, who moved to the BBC in the UK, and commercial chief Robert Patterson.