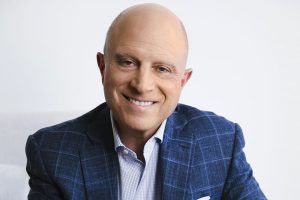 Chris Albrecht is a proponent of entertainment media consolidation in today’s market, which is why he was a driving force behind North American studio Lionsgate’s US$4.4 billion takeover of US premium programmer Starz.

“What drove the deal was programming,” he tells TBI. “We want as many talented people as possible to focus on bringing their best projects to us, and Lionsgate will mean more of them come.”

Albrecht and his programming chief, Carmi Zlotnik, both point to the amount of material Lionsgate has access to as a studio, plus the company’s knowledge of worldwide content trends. This, they say, will help Starz take on a more international profile.

“It is a huge library,” says Albrecht. Lionsgate sales chief Jim Packer carries “a much bigger briefcase” than Starz did in the past, and moving top Starz execs such as Gene George into the Lionsgate fold means a deeper bench doing more business.

“We have more leverage in deals and are talking to new partners in new territories around the world,” says Albrecht. “That’s a real step up in terms of what we can do now. Scale allows us more opportunity to hold and monetise rights.”

In turn, the increased scale will mean Starz takes a more aggressive position in terms of rights retention. “In the past, we’ve stepped aside to avoid the associated costs with taking more rights,” says Albrecht. “Lionsgate gives us more opportunity.”

Rumours of the Liberty deal first arose in 2014, a year after Starz span out of US cable business Liberty Media. With competition rising and SVOD players pushing up costs, attention turned to Liberty chief and veteran cable dealmaker John Malone, Starz’s main shareholder.

In 2015, he acted, triggering an equity swap deal that placed him on the Lionsgate board. He then acquired a 3.4% stake in Lionsgate through Liberty Global, his international cable business, and a further 3.4% through his stakeholdings in Discovery Communications.

This all set the scene for Orange is the New Black producer Lionsgate to move for Starz, which remained on the block. In late-July 2016, Lionsgate announced the US$4.4 billion acquisitions of Starz, whose international reputation had grown through original dramas such as Power and Outlander.

“Listening to John Malone is like listening to one of the great teachers,” says Albrecht, who joined Starz in 2010 after making a name for himself running programmes at HBO. “He is the kind of leader who puts management in place that he believes in and lets them get on with running it, though he likes to keep a close eye on everything.”

Albrecht says entertainment is in an unprecedented period of disruption, something the famously media-shy Malone is keen to exploit.

“There’s lots of disruption in the business, and linear companies have the hardest time with that, but we’re in an interesting space: disruption equals opportunity,” says Albrecht. “John is very interested in many different areas of US TV, plus he has many investments. He has been here for a very long time, and has been massively successful. He is very interested in the OTT space.”

The new Starz-Liberty media empire is summed up nicely in the recently announced spy thriller drama The Rook. The series will air on Starz in the US next year, and at the same time, Liberty Global will feature the series exclusively on-demand across Europe, Latin America and the Caribbean on pay TV platforms such as Virgin Media UK. Lionsgate will distribute the series worldwide.

Starz is also pushing into unscripted programming, and this week ordered for docuseries from the likes of SpringHill Entertainment, as it moves to diversify its programme offer akin to HBO and Showtime. The move will also mean it has more shows for international distribution.

“The opportunity to build international scale is now entirely possible, and Lionsgate makes that even more possible,” says Albrecht of the potential of the merged business.

In practice, Albrecht plans to expand the Starz brand through a mixture of distribution devices, including new launches for the SVOD service Starz Play and using Lionsgate’s smaller subscription on-demand nets, which include the Kevin Hart-programmed Laugh Out Loud.

“The programme strategy has been targeting underserved audiences in the US, whether they are African Americans, Latinos or the LGBTQ community,” he says. “While maybe just one of those individually isn’t enough of a business opportunity outside the US, there are millennials in the middle of the Venn diagram.

If we can aggregate with great programming, there are plenty of possibilities.” 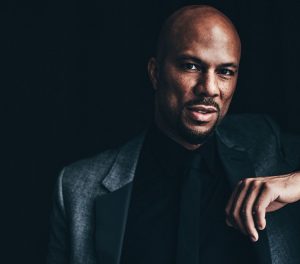 Carmi Zlotnik is putting a lot of pressure on the US premium network’s newest series, Black Samurai. “We’re trying to invent a whole new James Bond,” says the Starz president of programming.

Black Samurai (WT) will see actor and hip-hop star Common playing US Army super soldier Robert Sand, who trains under a samurai master. After the sensei and other samurai warriors are murdered, Sand sets off on a worldwide revenge journey.

It’s not a production set up you might naturally expect to see, but Zlotnik says it is entirely representative of today’s drama production process. “That’s the modern world of television – everybody is running around with a little piece of the puzzle trying to find the piece that matches to make a big picture,” he adds.

The show is based on Mark Olden’s novel series and a 1977 movie adaptation, with the plan to bring together art, drama, music and mysticism.

“I can’t wait to dig into this character and the martial arts worlds of gun-fu, kung-fu, jujitsu and more,” Common said upon its announcement in August.

Coproduction: Coproduction will still be an important part of what we do at Starz. We are good at it and we like it, and there are lots of opportunities to partner. However, they will involve more rights ownership going forwards.

Programme acquisitions: They give us the chance to fill in space on our ‘plex’ channels and adds tonnage. We’re going to get more strategic in this space in future.

Starz’s originals slate:  We are going to ramp up as we see the opportunity on things available and things that are ready. The strategy is great for acquiring subscribers and then keeping them in the tent. We’re going to need more than one every four weeks, which is roughly where we are now; be that hours or half-hours. We have to keep satisfying the demographic groups. We have to keep them at the centre and then continue to invest in growing the businesses.

Skinny bundles and new distribution methods: They offer more targeted options where you can bypass high price points that are a barrier to entry for many consumers. It can offer a lot of value to people.