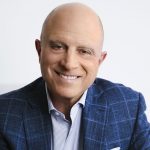 The Lionsgate-owned network has ordered four docuseries, which focus on criminal justice, youth sports, fashion and the legacy of hip-hop.

To this point, Starz’s original strategy has been focused on dramas such as Power, Outlander and Black Sails and comedies including Survivor’s Remorse.

Rival premium pay TV networks HBO and Showtime have been working successfully in the space for a number of years already, and Starz CEO Chris Albrecht has been keen to diversify his network’s offer in a similar way.

“Unique voices and storytelling are the hallmarks of the Starz programming strategy, and we are proud to announce our investment in these filmmakers and the stories they passionately want to tell,” he said in a statement. “With each project, we will explore and better understand our collective cultural history.”

Vice president of original programming Patrick McDonald is overseeing all four series for Starz, which takes all global and home entertainment rights to the shows.