Piracy costing service providers ‘up to $8bn a year’ 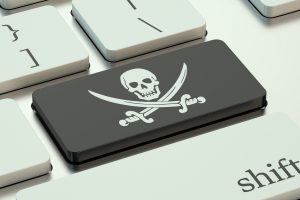 Video service providers lose between US$6 billion and US$8 billion in revenue to piracy each year, according to a study by US-based ABI Research.

The report claims that while video piracy has been around since the advent of home recording and the VHS tape in 1979, today the most common forms of piracy include illegal ‘fully-loaded’ Kodi boxes, social network live streams, torrents of series or movies, web-based redistribution via file lockers, and password sharing.

“Content providers must shift their response to piracy from being device-oriented, such as traditional conditional access systems (CAS) and digital rights management (DRM) to comprehensive service-oriented approaches and modern tools against piracy,” said Sam Rosen, vice president at ABI Research.

The report suggests that the most important anti-piracy tools available today include session-based watermarking coupled with real-time piracy monitoring – focused on locating and identifying pirated content consumption and terminating the source.

ABI estimates that nearly US$400 million, or about 33% of revenues in the DRM market, will shift to service- or as-a-service oriented revenues, by 2022.

Content that is at particular risk to piracy includes exclusive programming, live sports, early release VOD and Ultra HD content, as only specific platform providers have access to this, according to the research.

“About 32% of Pay TV and OTT revenues will be associated with one of these types of high-value content by 2022,” said ABI.

Separately, Digital TV Research recently said that the global amount of revenue lost to piracy has skyrocketed from US$6.7 billion in 2010 to nearly US$31.8 billion last year, with that figure tipped to hit nearly US$52 billion in 2022.