Following sexual misconduct claims made about Louis C.K., a range of companies working with the comedian including Netflix, FX and HBO have dropped future projects with him. 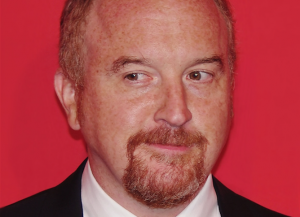 Louis C.K. was accused of misconduct last week by the comedy duo Dana Min Goodman and Julia Wolov, as well as comedians Ms. Corry and Abby Schachner, according to a New York Times report.

On Friday, Louis C.K. admitted the claims and said in a statement: “These stories are true. At the time, I said to myself that what I did was okay because I never showed a woman my dick without asking first, which is also true.

“But what I learned later in life, too late, is that when you have power over another person, asking them to look at your dick isn’t a question. It’s a predicament for them. The power I had over these women is that they admired me. And I wielded that power irresponsibly.”

As a result of these latest accusations, FX Networks and FX Productions said they are ending their association with the comedian. The company stated: “We are cancelling the overall deal between FX Productions and his production company, Pig Newton.

“He will no longer serve as executive producer or receive compensation on any of the four shows we were producing with him – Better Things, Baskets, One Mississippi and The Cops.”

Netflix has also dropped a Louis C.K. stand up special not yet in production, but will keep existing specials 2017 as well as the 2015 Live at the Comedy Store on the service.

In addition, HBO has removed the comedian from an upcoming autism special, Night of Too Many Stars, which is set to air in November.