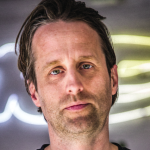 Additionally new offices are opening in Mumbai and Delhi.

Simon (pictured) has been named CEO of Vice Asia Pacific, and will relocate to Singapore as a result. He announced the plans at the CASBAA convention in Macau today.

The Singapore office will comprise a “full-service content and commercial hub”, with its studio focused on local documentary, scripted and film productions.

Vice already has a doc production partnership with Japan’s Docomo Digital, and this has been expanded to several territories in Asia, including Singapore, India, Hong Kong, Taiwan and Thailand.

“We believe there is a huge opportunity for VICE to build out a deeply relevant, highly local, youth media company across the Asia Pacific region,” said Simon, CEO of VICE Asia Pacific.

“With the growing importance of local culture to young people, along with a surging youth population and increased connectivity, some of the most dominant forms of global youth culture across technology, music, fashion, consumer brands, food and identity will come from this part of the world.”
Vice has been operating in Asia since 2003, and since last year has been expanding its linear channel, Viceland, in the region.

In March, Vice kicked off a major mobile push in Asia Pacific, which is targeted at mobile-first young audiences.