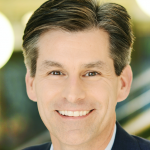 Hulu is experiencing its moment in the sun, having become the first SVOD service to win the Best Drama Emmy for The Handmaid’s Tale, but Hopkins is moving to become SPT chairman.

Like Hopkins, Freer is moving to Hulu from FNG, whose parent 21st Century Fox is a Hulu shareholder.

Freer is currently FNG’s president and COO and begins his new role at the VOD service’s LA office on Monday (October 30). He is also a Hulu board member.

Hopkins, who has been in his current post since 2013, is credited with establishing Hulu as a credible competitor to Netflix and Amazon and for launching skinny bundle service Hulu Live TV.

Hopkins’ appointment comes towards the end of a year of change for Culver City-based Sony, which appointed another former Fox chief, Tony Vinciquerra, as chairman and CEO of SPT parent SPE earlier this year.

It also follows the promotion of Wayne Garvie to president of international production at SPT and establishment of Sony Pictures Television Studios under Jeff Frost, Chris Parnell and Jason Clodefelter.

Hopkins will report to Vinciquerra, who said: “Mike is a proven and innovative leader who has played a key role in redefining today’s television landscape, both for consumers and for how content producers reach them.”

Hopkins was previously president of distribution for FNG, working under Vinciquerra.

He is credited with leading the team that developed Fox Now, and since joining Hulu in 2013 to replace interim chief Andy Forssell has pushed the broadcaster-backed service into high-end original programming through shows such as The Handmaid’s Tale, Casual and The Path.

Sony is behind series such as Breaking Bad, Better Call Saul, The Blacklist, Shark Tank, Preacher and Outlander, and US shows including Wheel of Fortune, Jeopardy!, The Young and the Restless and Days of Our Lives.

Hopkins said leading Hulu had been “the single most meaningful experience of my career”.

“It has been an enormous privilege to work with this vibrant, creative and fearless team to build Hulu into the success it is today,” he added.

“I want to thank [Fox bosses] Rupert, Bob, James, Lachlan and the entire Hulu board for giving me this opportunity, and I am especially grateful to the more than 2,000 Hulugans who make Hulu such an inspiring place to be.”

New Hulu chief Freer said: “Hulu is at the centre of transformation in entertainment. Hulu’s management team and employees have positioned Hulu to be a leader in defining the future of content creation, distribution and monetisation – all while putting the viewer first.”

Hulu’s board said Freer had “a unique knowledge” of the business, adding: “There’s no better candidate to lead Hulu as it embarks on its next chapter.”