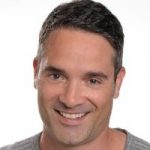 Wandell’s appointment has been in the works for some time, however, and this just leaves another executive shaped hole in Amazon’s TV ranks.

Wandell moved over as head of international productions at Amazon in October 2016, having previously served as head of drama with the company since 2013.

During his time as drama head, Wandell worked on Man in the High Castle, The Marvelous Mrs. Maisel and Goliath among others. He also worked with Van Amburg and Erlicht on a number of Sony-produced Amazon shows, including the popular Sneaky Pete.

Prior to working with Amazon, Wandell served as senior vice president of drama at ABC Studios, where he had worked on key titles such as Brothers and Sisters and Ugly Betty.

Ex-Sony bosses Erlicht and Van Amburg were announced to be joining Apple this June as Apple looks to be making an original programming push.

They have subsequently hired the likes of former WGN America president Matt Cherniss and ex-Sony colleague Ken Rozenfeld to the team, which reportedly has a budget of US$1 billion and is believed to be eyeing big ticket dramas and unscripted shows.