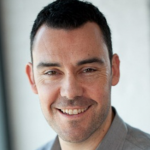 Mark Endemaño has been promoted to senior VP of media distribution for Walt Disney International.

The London-based exec was previously in charge of distribution across EMEA, but now adds North and South Asia, Australasia, Russia and Latin America to his duties.

The exec, who has been with Disney since 2004 – initially as VP of finance for Disney-ABC International Television, will oversee distribution of all Disney brands across television and digital outside of the US.

These include Pixar, ABC Studios, the Disney Studio, Marvel Entertainment and the Star Wars franchise.

“The expansion of Mark’s role will enable us to harmonize our strategies and approach with existing and future partners around the world,” said Walt Disney International chairman Andy Bird. “I’m sure that Mark will apply to our international business the same strategic acumen and passion for our programming that he has done so ably in his current EMEA role.”