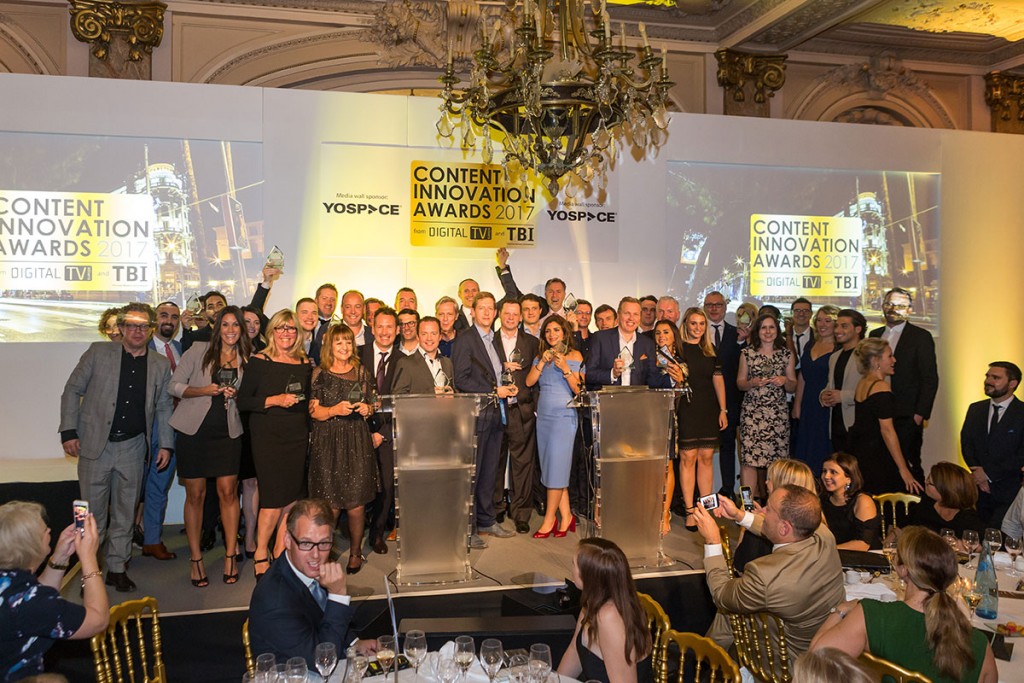 The glamorous event at the Carlton Hotel in Cannes saw over 200 guests from all parts of the TV content and technology industries joining together to celebrate the most innovative and game-changing firms on the international stage.

Winners of the content categories included National Geographic Europe, which took home the Best Series Launch award for drama-doc Mars and Factual TV Project of the Year gong for Leonardio DiCaprio doc Before the Flood.

ITV Studios Global Entertainment also bagged a pair of awards, taking home the titles for Breakout International Drama for Victoria and Entertainment Format of the Year for Love Island, which was subsequently commissioned this morning by TV4 in Sweden.

Vice’s push into linear TV was rewarded with the nod for Channel of the Year, specifically for Viceland UK, while Viceland International took home the Best New Venture award.

Elsewhere, Barcroft Media’s Barcroft TV won the YouTube Award and ChannelSculptor’s MENA.TV Content Hub pulled off a surprise to take home the Best Distribution Initiative trophy. Starz Play was among two winners of the OTT TV Service of the Year award, as it was tied with DAZN.

TBI and our sister title Digital TV Europe would like to thank all those who took part, host Clemency Burton-Hill, and to our sponsors, who helped make the night an overwhelming success.

The full list of the winners can be found below

Advanced TV Innovation of the Year

Best Series Launch of the Year

Channel of the Year

Entertainment Format of the Year

Factual TV Project of the Year

Winner: National Geographic Europe for Before The Flood

OTT TV Service of the Year

OTT TV Technology of the Year

TV Service Innovation of the Year

UHD Initiative of the Year