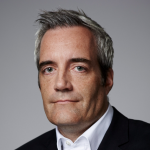 The series, which relaunched on the BBC in 2016 after a period of twelve years off air, has sold into 75 territories as a finished programme, but hasn’t yet scored format deals. “Networks are inherently conservative these days, so they want to see at least a couple of seasons of strong ratings to get commercial broadcasters interested,” says Mortimer, Tinopolis’s director of content.

Ratings on the BBC have been strong over the first two seasons, with Mortimer noting it has attracted the same young adult audience as that other BBC Two factual entertainment giant, Top Gear.

In fact, the Mentorn Scotland-produced series is the Corporation’s youngest-skewing non-children’s series, according to its annual report. Some 33% of its audience is from the lucrative 16-34 demographic, and it is understood to have landed an improved slot time as a result.

Formats deals are now in the offing. Banijay Group-owned producer Mastiff has secured pan-Scandinavian rights, with local broadcasters set to join the remake, and Mortimer says deals with broadcasters in Australia and France are also set to complete.

In order to entice further buyers, Mentorn’s Glasgow battle arena is offered as part of a format package, reducing the sizeable costs. “Tinopolis always envisaged it as a production hub,” says Mortimer.