The importance of knowing your history 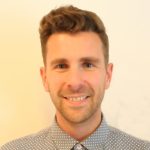 Adam Jacobs of UK indie Woodcut Media argues the history programming is rediscovering its mojo, and will soon be the programming of the moment again.

History has always been a popular genre within non-scripted schedules. Whether it’s the study of conflicts such as World War II or the weaponry used by troops during battle over the centuries, or looking at Ancient civilizations, or tapping into the dynastic reigns of the likes of The Tudors, the genre has provided a kaleidoscopic feast for viewers and has generally stood the test of time.

Over the last 15 to 20 years, broadcasters often made history programming a priority, with the likes of Discovery, Nat Geo and HIstory airing premium content in prime time with success.

However, around the mid-noughties things seemed to change. Viewers generally turned away from history programming with all too familiar content, and their demand for reality shows or character driven series took over. To counter this, broadcasters began to spend more, producing glossy historical drama pieces to try and revitalise the genre resulting in hits such as History’s Killing franchise and Vikings or Discovery’s Klondike. Granted, these were a success, but would this trend for big budget historical drama leave non-scripted history programming facing a noble but painful death?

Perhaps not. In the last twelve months, the traditional history series seems to be enjoying its own renaissance period with both broadcasters and producers keen to embrace it again.

Channels 5 in the UK is a great reference to illustrate this point. In May of this year, the network aired a three-part docu-drama entitled Elizabeth I. In many ways, this was a show produced in a traditional sense, featuring presenters and dramatic reconstruction, which told the story of the Queen and the decisions that shaped her life.

Although this appeared to return to conventional history story-telling methods, they also utilised other techniques to make the series more contemporary. Presenters provided the audience with two different viewpoints and the Queen was played by three different actresses, including the inspired casting of the model Lily Cole.

Channel 5 also announced earlier this year that it wanted to increase history output, turning it into “event TV” with series covering The Great Fire of London, Pompeii and Rome.

Comedy Central also recommissioned Drunk History for a fifth series in January, with named A-listers as talent and Will Ferrell producing. Admittedly, it’s a less traditional way of telling historical stories, but indicates that history as a subject matter still has a great deal to give. Several other networks have also seen an increase in history related output such as Smithsonian Channel in the US and RMC Découverte in France. In the US, History also has its ten-part drama series Knightfall coming to air later this year, again featuring named talent.

We’ve also noticed an increase in the demand for history programming here at Woodcut. Our Combat franchise has proved to be a success around the world and we’ve just announced a brand-new military history series with Quest in the UK entitled Wings of War. All use a mixture of newly filmed footage, high quality archive, recreation and contributor to tell the stories.

My view as to why this resurgence has occurred is down to a trend towards nostalgia and true stories which seem to be overtaking reality and heavily formatted scripted entertainment shows. There’s a renewed appetite for great story-telling, with first-hand accounts and expert contributors to tell known stories in an engaging manner. Networks can secure ratings in prime time by commissioning good stories that are well told.

Over the coming year, my instinct says that we’ll see more history shows on air. With the recent high-flying cinematic success of Christopher Nolan’s Dunkirk, it’s obvious that the genre across the board is showing no signs of fatigue. History is definitely back in vogue.