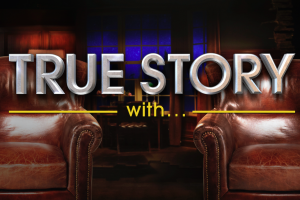 WBITVP has acquired True Story With…, which is based on Network Nine’s ratings hit True Story with Hamish and Andy.

Melbourne-based Radio Karate produces the show, in which interesting tales that are humourously and cinematically realised through dramatic retellings.

From within the WBITVP stable comes a trio of formats: Love Connection, which was for Fox in the US, NPO3’s The Big Escape and ZDF’s Cash or Trash.

Love Connection, recently handed a second season, is a dating format that will be shopped as a primetime event and stripped daily.

Dutch format The Big Escape comes from Warner Bros.-owned BlazHoffski and sees twelve celebrities battling each other in a series of unique assignments.

Cash or Trash currently Germany’s number one daytime series, having rated well since debut in 2015 on ZDF. It investigates the value of dusty household antiques.

“Four new formats from three continents that have all delivered audiences for their broadcasters, and we’re thrilled that the team at Radio Karate have partnered with us to bring True Story With…  to international buyers and commissioners,” said WBITVP senior VP of creative, format development and sales Andy Zein.

“We’re confident that there are thousands of great stories out there and this format is a unique way of giving them a chance to shine.”

The unscripted shows come in the shape of studio-based Witness the Fitness, social experiment Impress Us and comedy reality format Yes Man Discovers the World.

The scripted format is My Son (pictured), an hour-long series that follows three women who are affected by a family kidnapping, and is joined on the drama slate by finished tape shows Overprotected Kakoho and My Lover’s Secret.

Witness the Fitness sees different professional face off in tests of various parts of their bodies, while Impress Us sees participants create embarrassing original public performances of shocking revelations in a city, with judges ruling on the most entertaining.

Yes Man Discovers the World is a “game-style programme with documentary-type elements” in which a man travels the world saying ‘yes’ to everything asked of him.

“Given the tremendous success with our dramas such as Mother and Woman – My Life For My Children, stories of women and mothers focusing on their families while trying to live strong in the world today, we are delighted to be offering our newest scripted format My Son, a drama dedicated to all women,” said Atsushi Hatayama, Nippon;s president of international business development.

“Additionally, with our two dramas, also focusing on families, along with our three non-scripted formats, covering everything from body part challenges to saying ‘yes’, are sure to achieve interest from our buyers around the world.”