Who to meet in Cannes: Sumi Connock, BBC Worldwide 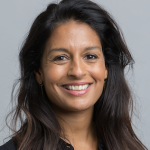 Sumi Connock was just days into her new role at BBC Worldwide (BBCWW) when TBI interviewed her at the BBC commercial division’s Liverpool Showcase event in February.

Now bedded in with a clear sense of the mammoth BBCWW formats library, the former ITV unscripted creative chief is heading to MIPFormats and MIPCOM to drum up interest in a slate of new intellectual property.

“Since I came in, I’ve been focusing on factual entertainment for primetime – shows like Bake Off that are authentic and feel-good,” says BBCWW’s creative director of formats. “Audiences don’t want to feel the hand of the producer.”

Bake Off in particular has been a standout performer, with a 26th format deal set for announcement at MIPCOM, while others such as Toughest Job in the Universe, Meet the Humans and Stupid Man, Smart Phone are attracting attention.

BBCWW is working on new shiny-floor, Saturday night formats following a string of BBC entertainment shows that have not significantly broken through this year; and also is taking Born to Kill, Hepburn, Broken and Starling as potential scripted formats.

For producers looking for representation, MIPCOM offers a chance to sit down with Connock and BBCWW’s head of acquisitions for formats and factual entertainment, Nicki McDermott. “We absolutely want to hear from them,” says Connock.