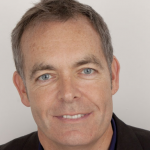 Kew Media Group has struck a deal to buy Paul Heaney’s TCB Media Rights for a cash consideration of £5.6 million (US$7.4 million).

Kew will also pay deferred compensation based on adjusted earnings before interest, tax, depreciation and amortisation to the end of the year. That purchase price is capped at seven times adjusted EBITDA.

Kew, which rebranded from Content Media Corp last month, already has a distribution arm, which Greg Phillips and Jonathan Ford lead, but TCB, which focuses on non-scripted programming, will continue to run separately.

TCB is set to post revenues of £11.5 million and profits of £1 million in 2017, and Kew expects to invest in the business.

Kew Media Distribution, meanwhile, sells a mix of scripted and unscripted programming, and is best known for BBC drama Line of Duty.

Former Cineflix Rights boss Heaney (pictured) founded TCB in 2012, and has quickly built it into one of the fastest growing UK-based distribution businesses in international TV.

TCB’s vendors are set to earn £4 million as part of an earn out should TCB hit certain long-term revenue targets.

“TCB is one of the world’s most prolific distributors of unscripted content,” said Kew’s CEO, Steven Silver. “The company Paul Heaney has built over the last five years adds decades’ worth of experience and expertise to our operation.

“TCB will continue to operate as it has been, since we intend to maintain the distributor’s boutique feel and producer-oriented focus, but now with increased resources for greater content development opportunities.”

Heaney said that the decision to sell to Kew had materialised during a review of the business. “As we strategised on how best to elevate TCB, it was quickly apparent that a partnership with Kew Media was the perfect fit,” he added. “With its established business platform, proven management team and access to capital markets, the foundation for strong growth is firmly in place.”

For Toronro-based Kew, the deal is the first since it officially launched in March. That point, the Canadian acquisitions vehicle behind the venture announced deals for ten production companies and distributor Content for a combined C$104 million (US$83.2 million), which later took the corporate identity.

The company remains in acquisitive mood, and is believed to be eyeing various international companies.