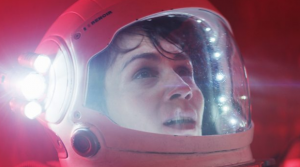 The UK’s BBC Four, Germany’s RTL and DR in Denmark have boarded a French sci-fi drama series from Empriente Digitale.

DR’s deal gives it exclusive local rights for seasons one and two of Missions, while the BBC and RTL have struck second window deals, for free TV and premium pay TV respectively, as AMC-owned SVOD service Shudder has the first run.

This marks the first time the BBC has acquired a sci-fi series from abroad, and continues BBC Four’s strategy to be the main hub for foreign-language drama on British linear TV.

“After travelling the globe with our international dramas, it’s exciting to now head off into space to a planet as yet unexplored,” said BBC Four channel editor Cassian Harrison.

“Missions is tense, taught drama at its finest and it’s a real honour to be showing it on BBC Four.”

Missions is an original for Orange’s OCS Signature, where is has acquired strong ratings for season one, with season two coming in 2018 with AMC Networks coproducing.
Empriente Digitale, known for shows such as OCS’s Les Grands (Grown Ups), produces, with AB Groupe International Distribution selling it worlwide.

The 10x26mins series comes from Henri Debeurme, Julien Lacombe and Ami Cohen. It follows a French expedition to Mars that becomes a rescue mission to save another ship and crew.

It was awarded to Best Series Award at April’s MIPDrama Screenings and the Discovery Prize at Series Mania.

“To create an original sci-fi and adventure series in France paying tribute to great movies on the conquest of space was a childhood dream,” said co-creator Debeurme. “This partnership is a source of great pride and a great reward for the ambition and the talent of every enthusiast who has made this crazy bet possible.”

BBC Four will play the series next year.