MGM has extended the contract of chairman and CEO Gary Barber through to 2022, with the board pointing to the stability he has brought to the company. 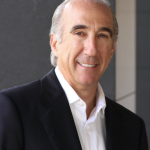 Since joining from Spyglass Entertainment in 2010, MGM states that Barber has overseen the transformation of the studio, revitalised its film and television businesses and expanded its distribution footprint across traditional and digital platforms.

Barber joined the business after it emerged from Chapter 11 bankruptcy protection in the same year.

Since then, MGM has completed the US$1.2 billion acquisition of Epix, the premium pay television network founded by MGM, Viacom and Lionsgate.

MGM has also expanded its film and television content pipeline and invested in enhancing its global distribution capabilities to drive additional value from original, acquired and library content.

Kevin Ulrich, CEO of Anchorage Capital Group and newly appointed chairman of MGM’s board of directors, said: “Gary is a dynamic leader and during the past seven years, MGM has regained its prominence as a leading entertainment company.

“He has developed a focused, strategic vision, which combined with a strong financial discipline, has positioned MGM for future growth and innovation. We have every confidence he will continue to lead this company in an exemplary fashion.”