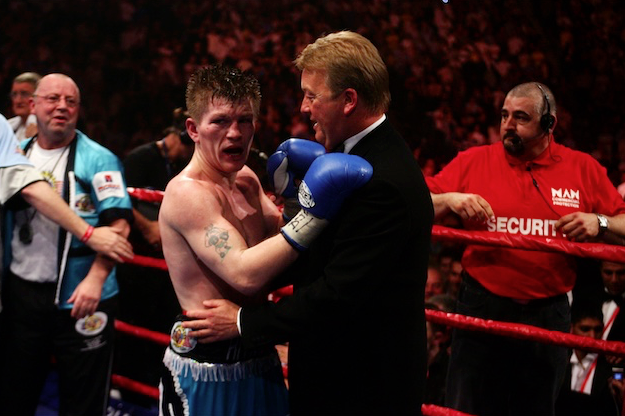 Kings of the Ring (WT) will be the first scripted series WMR has produced, and is billed as a “gritty, returnable transatlantic drama series set in the world of international boxing”.

Warren has been one of the most prolific UK-based promoters in boxing over the past 40 years.

The series will chronicle his early days in North London, where he promoted unlicensed fights, through to his later years “meeting and rubbing shoulders with people from all echelons of society, politicians, celebrities, gangsters to the glamour of Las Vegas promoting world title fights”.

Warren claimed he was “watched plenty of boxing dramas in the past and not one of them rang true”, adding: “I want this show to be the real deal, just like the boxers: gutsy, edgy and dangerous.”

The company recently sold a 32.5% stake in the business to Germany’s ZDF Enterprises, and hired David McNab as creative director.

“For dramatic potential it is hard to imagine a more high-octane world than the International boxing scene – prize-fighters live on the emotional and physical edge and the world is populated with the richest characters imaginable,” said McNab, the former Wide Eyed Entertainment exec.

“With Frank’s input we expect this series to recreate the visceral and cut-throat world more accurately than ever before”.