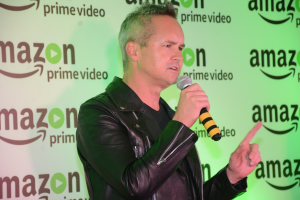 The Amazon Studios head told staff content spend was set to increase in 2018 and 2019, with three new series put into development to go with an expanding originals slate, as first reported by Variety.

“The biggest takeaway is that once again, our overall content investment is increasing, which will allow us to continue to meet customer demand around the world for high quality and engaging programming,” Price wrote to Amazon staff in an internal email.

Netflix is expected to lay down US$7 billion for content in 2017, as subscription VOD players continue to snap up major talent and projects from linear rivals.

Prince pointed to recent production deals with The Walking Dead creator Robert Kirkman, Sharon Horgan (Catastrophe), Amy Sherman-Palladino and Dan Palladino, and Casey Affleck as a sign of the strategy. “Talent is the most important thing,” he said.

Lazarus, based on a graphic novel, is set in the near future in a world divided into 16 ruling families, who control their people through a feudal system. Each family has a one-person kill squad known as a Lazarus.

Snow Crash, based on Neal Stephenson’s novel, is set in a futuristic US and follows a pizza boy who is a warrior prince in a neon-lit virtual world. He tracks down a villain that’s attacking hackers.

Paramount and Amazon Studios are coproducing, with Joe Cornish (Ant Man) and Frank Marshall (Back to the Future) executive producing.

Ringworld is based on Larry Niven’s sci-fi novel of the 1970s, following a 200-year-old man in a technically advanced future that decides to explore a remote artificial ring beyond known space.

Amazon Studios is coproducing with MGM.

SVOD giant Amazon is currently in production or post on nearly 70 series and 20 feature films, according to Variety.