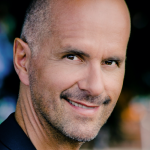 The move into original production is a “logical step” for Deutsche Telekom following the launch of Ultra-HD services and its first exclusive acquisitions for its new Entertain TV streaming platform, its execs say.

It shoots early next year ahead of a Q4 2018 premiere debut on Entertain TV, which was revamped last year as part of a wider push into UHD content and exclusive sports rights acquisitions.

Entertain TV currently offers around 300 channels, around 10 of which are HD, and offers seven-day catch-up.

“Our journey continues – after UHD and the first exclusive series for Entertain TV, the next logical step is original productions. With our partners we have put together a strong team with stellar expertise in serial production. We’re looking forward to joining forces for our first EntertainTV original.”

“Streaming platforms have profoundly changed the way we consume television series. As one of Germany’s leading production companies we have many years‘ experience in successfully developing and producing fictional content and, together with our coproduction partner Telfrance, we’re a strong partner for Deutsche Telekom. Germanized is our first production for a streaming platform and we’re positive that this is just the beginning of a long business relationship.“

“Creation and partnerships involving international and French talents are at the very core of Newen’s strategy to best serve its French and international clients. This series that Telfrance will produce with Bavaria Fernsehproduktion, our German partner in Newen Network since 2012, is the perfect illustration of what we intend to do”.