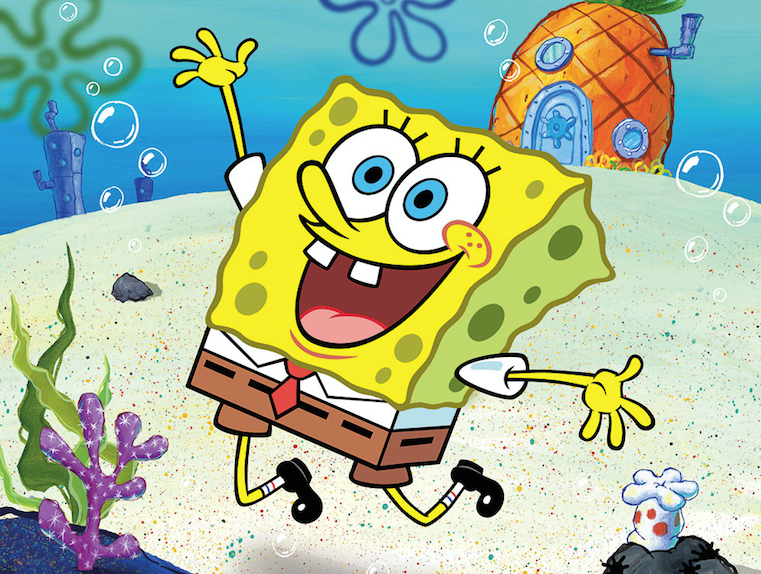 Nickelodeon’s Spongebob Squarepants nabbed the top spot. Parrot Analytics data shows that 1.94 out of every 100 people in the territories have shown demand for the show. 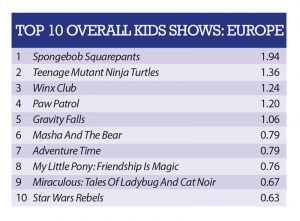 The popular demand for the show worldwide has seen Spongebob receive the greenlight for its twelfth season, which will premiere in 2019 its 20th anniversary year.

Another Nickelodeon favourite, Teenage Mutant Ninja Turtles, came in second place with 1.36 out of 100 people in the territories demanding the show. Nick’s iteration of the cartoon classic sees Donatello and co. as CGI animated characters, and the series has just reached its fifth season.

Rainbow’s Winx Club was the third most in-demand show in Europe, despite the fact that it’s currently on hiatus. It drew in 1.24 per 100 people. The eighth season is scheduled to premiere towards the end of 2018.

New iterations of classics such as My Little Pony: Friendship Is Magic and Star Wars Rebels were also featured in the list with 0.76 and 0.63 out of 100 people demanding the shows, respectively.

Russian animated series Masha and the Bear featured in sixth place on the list with 0.79 out of 100 people demanding the show in Europe.

Cartoon Network’s popular toon Adventure Time also brought in 0.79 out of 100 people in the region.

Shows produced, created and distributed by Nickelodeon performed the best, with three out of the ten shows appearing on Nick.

To assess ‘demand expressions per capita’ Parrot evaluates the total audience demand being expressed for a title, within a country, on any platform, per 100 capita.