A+E’s History has ordered a six-episode scripted drama series titled The Breach: Inside the Impeachment of Bill Clinton, the first of an annual presidential miniseries strand first announced in March. 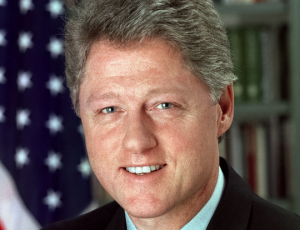 Based on Peter Baker’s New York Times bestseller, The Breach: Inside the Impeachment and Trial of William Jefferson Clinton, the series will be executive produced R.J. Cutler (Nashville).

He began his filmmaking career as producer of The War Room, a documentary about Clinton’s 1992 campaign for the White House.

The series is a poltical thriller. It is billed as an intimate depiction of how one of the nation’s biggest political scandals unfolded – from the revelation that President Clinton was having an affair with Monica Lewinsky, through the political combat that saw Hillary Clinton, Newt Gingrich and others dominating national headlines.

The Breach is produced by FremantleMedia North America in association with A+E Studios. Barry Jossen is executive producer for A+E and Cutler and David K. Israel wrote the series pilot.

FremantleMedia International will serve as the global distributor.

“Featuring an array of well-known modern political figures, The Breach will bring audiences behind the scenes of an event that changed Washington forever – the first impeachment of an elected president in American history,” said Eli Lehrer, executive VP of programming for History.

“This drama builds upon our core scripted programming slate of compelling, contemporary storytelling that embraces our recent history and we are confident R.J. will bring a unique vision to President Clinton’s gripping story.”

Clinton himself has this year been pitching TV and film rights to a drama based on The President is Missing, a novel he co-authored with James Patterson.