The pay TV industry is due to face a period of “unprecedented global change”, according to tech firm Nagra’s latest Pay TV Innovation Forum report. 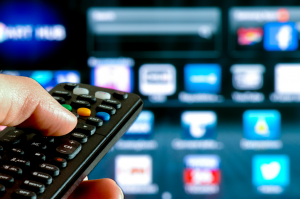 The study, produced in partnership with research consultancy MTM, found that 82% of polled industry executives agreed that competition in the pay TV industry is set to increase over the next five years.

Some 71% said they believe that service providers will struggle to grow their businesses during the same period.

Three “key disruptive challenges” that were identified by the report were: the rise of cheaper OTT services; changing consumer behaviour and demand; and the rise of content piracy.

Two thirds of executives agreed that competition from SVOD services will have a negative impact on pay TV, with the same proportion predicting a new wave of mobile-first services to cater to evolving viewing habits.

At 85%, the vast majority of executives agreed that, in order to grow, pay TV service providers will have to “innovate strongly” over the next five years – up from 78% in 2016.

Some 74% considered innovation to be a top strategic priority, while 64% said they believed delivering standalone OTT services to be a commercially attractive area and opportunity.

“In this period of change and disruption, those service providers that are prepared and willing to innovate by deploying new pricing models, technology partnerships and improved user experience will be successful in meeting quickly evolving consumer demand.”

The study ran from March to September 2017 and the report was put together from analysis of pay TV service provider product and service portfolios, and interviews and surveys with leading industry participants.