Netflix grabs One Flew Over the Cuckoo’s Nest prequel

SVOD service Netflix has given a two-season commitment to a One Flew Over the Cuckoo’s Nest origin story drama. 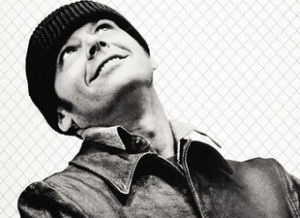 Jack Nicholson in the original movie

The series will star Sarah Paulson and will focus on the Nurse Ratched character from the seminal 1975 film, which in turn was based on Ken Kesey’s 1962 novel.

Paulson and Paul Zaentz from the Saul Zaentz Company, which controls the film rights, are producers.

The series will begin in 1946, following Ratched’s transformation from a normal nurse into the cold-hearted authority figure at the mental institution where the film is set.

Louise Fletcher won the Academy Award for best Actress for her portrayal of the character, which also occasionally appears in ABC fantasy drama Once Upon a Time.

While the series is a US commission, Netflix has been upping its international originals stock, with series ordered from Taiwan, Latin America, India, Spain and the UK in recent months.