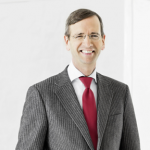 RTL’s domestic German and French broadcasting operations posted decent returns, but overall EBITDA was pushed down by the phased out of M6’s mobile contract in France and lower advertising revenue in the Dutch market.

Meanwhile, RTL rival ProSiebenSat.1 released a trading update marking down expected third quarter financial gains, and is considering whether merge its German broadcasting and digital business together, and separately, has invited third parties to discussions over co-investments in its content production divisions. IPOs have been mooted.

Back at RTL, digital revenue grew by 47.4% year-on-year to €389 million (US$464.8 million), driven by organic growth at MCNs BroadbandTV and StyleHaul, the sale of its series American Gods to streaming service Amazon Prime Video and the first-time full consolidation of ad technology units Smartclip and Divimove.

Production arm FremantleMedia also performed well, delivering a €30 million uplift in revenues year-on-year despite the absence of American Idol in the first half.

American Gods helped provide an addition boost for RTL in the second quarter, with the group’s revenue growing by 8.8% in the three months to June.

RTL Deutschland saw revenues rise by €36 million in the first half, while M6’s revenues grew by €16 million. Platform revenue grew by 18.7% to €159 million.

“Over the past five years we have diversified our revenue streams – investing in rapidly growing digital video and ad-tech businesses, pushing into the production of high-end drama series and developing platform revenue for our broadcasters,” said Bert Habets and Guillaume de Posch (pictured), co-CEOs of RTL Group, in a statement.

“The strong set of financial results in the first half of 2017 clearly underline the importance – and the success – of our total video strategy. Despite tough comparatives to the first half of 2016, RTL Group continued to grow its topline and generated a very healthy EBITDA margin of 21%.”

RTL has separately announced the acquisition of 100% control of video ad technology outfit SpotX, which will be combined with SmartClip.