Amazon Prime Video has made an exclusive deal with Prakash Jha Productions for the premiere of Indian movie Lipstick Under My Burkha. 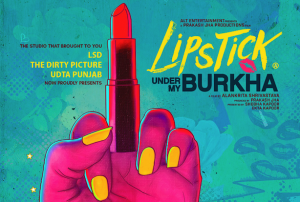 The movie will be available on Amazon from August 15 for South Asian Association of Regional Cooperation (SAARC) territories, including India.

Prime will be the exclusive home for the film, which will not be available for satellite or television broadcast.

Set in the crowded by-lanes of small town India, Lipstick Under My Burkha is a feminist drama that delves and explores the sexuality of four women and chronicles the secret lives of four feisty women chasing freedom.

Lipstick Under My Burkha is directed by Alankrita Shrivastava.

Vijay Subramaniam, director and head of content at Amazon Prime Video India, said: “Films like Lipstick Under My Burkha with powerful messages, delivers on our promise to bring the best and exclusive Indian and global content, including those remarkable feature movies that have won numerous accolades across the globe and are must-watch stories.”

Amazon has made a range of investments in India bringing in 22 originals, including Inside Edge, an original based on The Book of Strange New Things and Kabir Khan’s The Forgotten Army.

In related news, David Tennant and Michael Sheen will star in upcoming Amazon and BBC Two drama Good Omens, which is an adaptation of the Neil Gaiman and Terry Pratchett comic novel of the same name.